Our design team of Luca, Bel, Roslyn, Cristina, Alan & Stephano met this week to create the following context for our expanded 2-hour session.

Given what we all have been dealing with since the pandemic hit our respective countries and intruded upon our professional and personal lives, we would like you to consider:

“The Cloud of Duality”

What we mean by this is the fact that all of us have been engaged in a rather new relationship with duality.  That duality has shown up in a number of ways some if not all of which you might recognize in your own lives.

Please join us for what promises to be an interesting and indepth dialogue on how you and others experience the “Cloud of Duality”.

by Jacon Needleman
Where do we find ourselves? We have spoken of “rehearsing” the work of morality – which is the work of love – in thinking together. We are discovering that thought – serious thought about serious things – may be an intrinsically social act. We may need each other in order to think intentionally about the most important questions of our life, the otherwise unanswerable questions that can be confronted only through awakening the heart of the mind, an awakening that results from the shared need for truth. There, in the work of thinking together, we wish to and we actually can, in a certain sense, love our neighbor, the one who shares our question. We can even love our enemy, perhaps especially our enemy, the one who opposes our view, who argues with us, who disagrees. With this enemy we can “rehearse” the need for differences between people, and, through this, understand the need for differences between people, and, through this, understand the need for genuine complementarity in our mutual relations, the need for the force of resistance as a necessary condition for the appearance of real unity”.

After this paragraph, in chapter three of his book “Why can’t we be GOOD?” , the author proposes to his students one exercise, that any two people can try if they wish to verify the claim that he is making about the immense and virtually unknown ethical significance of thinking together.
Needleman, J. “Why can’t we be good”. Tarcher/Penguin. 2007 – pages 58 and 59. 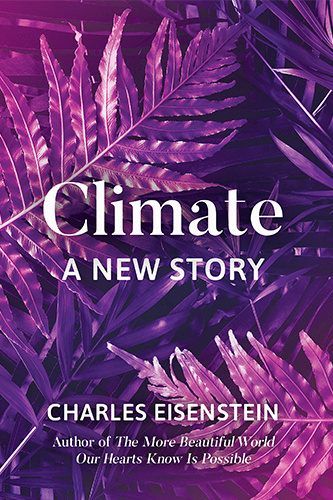 Lost in a Maze

Once upon a time, a man was lost in a maze. How he got there is another story—to learn a mystery, perhaps, or to find a treasure. In any case, by now he has forgotten how or why he came to be there. He holds onto a faint memory of a sunlit realm, or a memory of a memory, that tells him that the maze isn’t the whole of reality. He got there somehow, and there must be a way out. And lately it has become more and more painful to be inside. The maze is getting hotter and hotter, and he knows he will die if he doesn’t find the exit soon. What was once an exciting exploration has become a monstrous trap.

Frantically he races around seeking the way out. Left, right, left, right, up and down, around in circles he runs, hitting dead ends and turning back, finding himself again and again back at his starting point. He begins to despair—after all that effort he has gotten nowhere.

A committee of voices in his head offers him advice: how to run faster, how to choose smarter. He heeds first one, then another, yet no matter how different the advice the result is always the same. Sometimes, amid the cacophony, he hears another voice as well, a quieter voice telling him, “Stop.” “You aren’t getting anywhere,” it says. “Just stop.”

The other voices respond with outrage, “You cannot stop. You cannot rest. Only by using your two feet will you ever get out of here, and the situation is urgent so you’d better move those feet fast. The window of opportunity is closing. Now is the time for action. After you get out, then it will be time to rest.”

And so he runs all the faster, his head filled with new stratagems, pushing himself to an all-out effort. And once again, after many twists and turns, he finds himself back in the center of the maze.

This time he has to stop. Out of sheer exhaustion and despair, he collapses in a heap. The tumult of advice subsides, leaving his mind for once quiet, as happens when every option is exhausted and one just doesn’t know what to do. Now he has a chance to ponder his wanderings, and in the empty space of his mental quiet, new realizations are born. He realizes that there has been a pattern to his wanderings. Perhaps he followed each left turn with a right turn. He also remembers running past small, dark passages that he ignored because they seemed unpromising. He remembers glimpsing secret doors that he was too much in a hurry to investigate. In quietude, he begins to understand the structure of the territory he has been racing in.

By now his heartbeat and breath have calmed along with his mind, and another sound comes into his awareness. It is a beautiful, musical sound that, he now realizes, has been there all along, drowned out by his pounding footsteps and ragged breathing. He knows that he must never lose touch with that sound again.

The man begins to walk again, slowly this time. He knows that if he panics and starts running (understandable, since the crisis he’s been trying to escape is real) then he will fall into old habits. Guided by his newfound understanding, he explores the small, dark passageways that he’d dismissed before. He enters the hidden doorways that take time to unlock. Sometimes these new doors and passages lead to dead ends too, but at least now there is hope. He is in new territory, unfamiliar territory. No longer is he endlessly finding himself back at his starting point. Now he is wandering for real.

As he leaves familiar territory farther behind, his understanding of the structure of that part of the maze becomes less and less useful. He faces choice points without a mental map. Should he turn left or right? At those moments he again stops, gets quiet, and listens, tuning in again to that musical sound that he keeps in his awareness. From which direction does the sound come through the most clearly? That is the direction he chooses.

Sometimes when he follows the music it seems to take him the wrong way. “That couldn’t possibly be the way out,” he thinks. But then the passage turns again, and he comes to trust more and more this sound that calls him.

Following the music, eventually the man reaches the final passageway, which he recognizes because of the daylight glow at the end of it. He emerges into the sunlit realm he always knew must exist; it is more beautiful than he ever dared imagine. And there he finds the source of the music. It is his Lover, who has been singing to him all this time.

This text was published, on July 2020, as an inspiration for a Global SOL virtual meeting